Every single memory is unique and priceless… 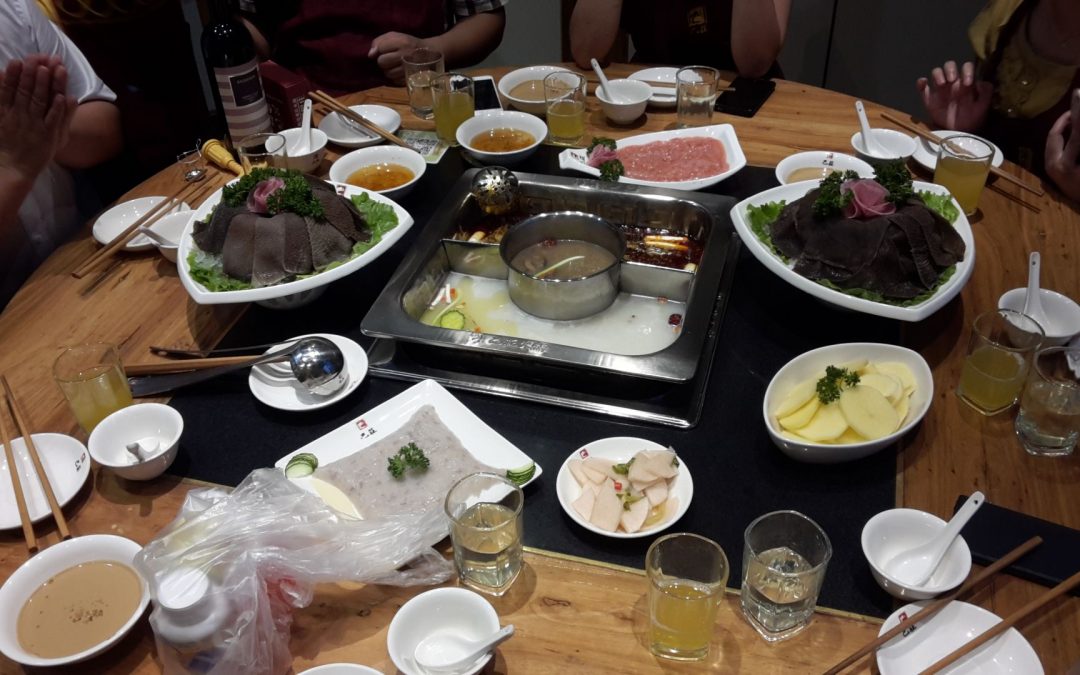 When Maša (my roommate) and I arrived in Jiamusi it was beginning of April. It was still pretty cold… Ok, it was really cold! We were wearing 5 or 6 layers of clothes. On the streets there were few people not what you’d expect of a city with 2,5 million people. The buildings are yellow or brown, there was no grass, no green on the trees. Everything was so monotonic and seemed lifeless. But people we met were all extremely nice and generous.

We started working in school as English teachers. Since it was still to cold for planting our days were pretty simple. Day at school started at 8 am until lunch (we ate in school canteen) and after until 4 pm.

I really liked the students! English level is super poor and having a lesson where the students don’t understand simple words and sentences is difficult and at some time discouraging, but also really challenging. And I liked that part… Not always, though.

However the English level is extremely low not only in school. Wherever we went our English was useless. We had Chinese lessons once a week in the school and that helped a bit, but mostly we just mastered guessing and talking with gestures.

At the end April we started with planting. We planted a tree with our names on a tag and flowerpots with some lettuce, parsley and Chinese cabbage. But in May it was still to cold to continue planting, so we were still teaching. In the meantime we had a trip to a botanic garden and got to know so much about Chinese culture. They introduce to us traditional tea ceremony and we took part in the typical Chinese wedding. The important thing… The colors came back! The grass was becoming green and you could see some little flowers on the trees. Since it became wormer there were more people on the streets – the city was waking up from hibernation.

First of June is Children day in China, so we had a workshop about healthy life and recycling with kids from the Journalist Association. At first our mentor Ge Fei introduced the seeds and why is important, good to plant our vegetables. He explained the process of planting, taking care of seeds, time expected for the seed to grow and how to take care young plants. Ge Fei also showed two kinds of organic fertilizers. He explained how he made them using vegetable peels or leftover beans. At the end Maša and I shortly introduced our country. Than kids planted seeds in their flowerpots and two »older« plants from out first workshop.

In June we prepared a garden with some tomatoes, peppers, cucumbers, zucchinis, spinach, eggplants and carrots.

At the beginning of July we had a meeting, because the school ended and we had to make plans for the summer. We visited morning market and we experience the early life of active Chinese people in the park. They took us to see different gardens and greenhouses too see how and what they plant. And than… Maša got sick. We spent a lot of time around doctors and hospitals. But we still took care of our garden, we visited crops of different vegetables and fruits, rice fields and a museum of a fish skin art.

In August we climbed a mountain, we were also learning Chinese cooking se we cooked a lot with vegetables from our garden. We went to another mountain to pick up the best black soil to use it for planting new pots with vegetables for the fundraising. We tried calligraphy class, we were learning about traditional Chinese medicine and we visited art exhibition.

Every single memory is unique and priceless… but the thing that probably made the biggest impression and will stay forever are the people we met and sped time with.